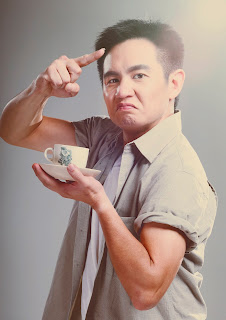 Recently, I’ve been asked many questions regarding stand-up comedy and comedy in general. Here is my attempt at answering them.

NOTE: I am not formally trained. So my answers/ suggestions are merely my opinions on the matter and lack orthodoxy. Most have worked for me. Will they work for you? I don’t know. You have every right to disagree with me. After all, this is comedy and not a hard science.


1. How do I become a good stand-up comedian?

The process is very similar to being good at anything. Practice. In stand-up comedy, this means practicing your writing, joke analysis, performance and evaluation of performance. The “unique” thing about stand-up comedy is that you usually can’t just practice your performance alone in your room. You need to practice at open mics in front of an audience. It will be quite scary but I’m not sure if there’s any other way.


2. How do I develop stand-up comedy material?

Write. There are many articles on the internet about joke/ stand-up formula. These are usually based on extensive research so they are quite reliable. Premise – Setup – Exposition – Punch – Act Out – Topper. Start by writing about things you know or have experienced or observed. This could be about yourself, your looks, your upbringing, your culture, your job, your family, etc… Write, rewrite and keep writing.


3. Can I just tell jokes that I’ve memorized from the internet instead of original stuff from my life/ experience?

This is not recommended especially if you want to be a working stand-up comedian. Most audiences don’t like watching someone go on stage and perform, “So a Malay, a Chinese and an Indian were marooned on an island…” Racial stereotype jokes can be personalized. So for me, I could start with, “So I was stuck in traffic with my friends Rizal and Prakash…” It is actually a very similar starting scenario with the “Malay, Chinese Indian marooned on an island” but I have made the audience think that this was something that actually happened to me.


4. How do I memorize material?

The same way you memorize anything. Repeat and repeat. One technique I like to use is “contextualization”. Try to remember this list: TV, Tandoori Chicken, Jersey, Money, Noise, Table, Lime, Handphone, Road and Students. It can be a bit difficult. But if you put them all in a context – Mamak Restaurant. You might find that it is easier to remember the list. Going from one topic to another in stand-up comedy is often called a segue. Let’s say I want to talk about 4 topics; Football, Parents, Eating With Chopsticks and Silly Commercials. One technique I like to use is “content flow”. Try and sequence the topics so they flow smoothly and logically. For example: Bit about Silly Commercials > (I hate them but my parents don’t seem to mind) > Bit about Parents > (My dad is a real Chinaman. He will eat anything with chopsticks, even pizza) > Bit about Eating With Chopsticks > (I’m just not skilled at using chopsticks. I’m actually not skilled in a lot of things like football) > Bit about Football.

Another technique I use is “common element”. This is to help me memorize topic sequence. Let’s say I want to talk about Eating with Chopsticks and then go on to a bit about Football. So in my head, I train myself to think – Chopsticks are usually used to eat noodles. A popular noodle dish is Fish BALL Noodles. BALL. My next topic is FootBALL.


5. How do I overcome stage fright?

You can’t. All you can do is manage it well. I’ve seen many people go blank on stage and it is very uncomfortable for the performer and the audience. I think this usually stems from the fact that you think the audience is judging you (they are) and that they hate you (maybe). So to manage this, try to make them like you. This can be achieved by projecting a likable persona, having a humble approach, acknowledging that you are quite nervous, etc… Some comedians also start by ‘playing the room”. This is when they ask questions to engage various audience members. This can serve to disarm the audience (Hey, we’re just having a friendly chat here).

Not really. I hardly do it. But I’ve seen this technique used successfully many times. When done well, it immediately creates a “reference point” for common knowledge/ topic between performer and audience. For example: “So you’re a lawyer? Good to know. So if I say something wrong and get sued, you’ll help me right?” (Audience immediately knows what you’re talking about because the LAWYER is there in the room) “Of course not, I’m a comedian. I have no money!” (Big laugh)


7. What tips can you give me to do well in a comedy competition/ reality show?

Performing stand-up comedy and competing in a competition/ reality show are quite different. Yes, you still need to write, practice and perform well. But in a competition, there are many other variables. Get to know the elements of the competition and the judging criteria. How many points for what element? Who are the judges? What do they like? How much influence do they have on the outcome? Is there a public voting element? What is the demography of those watching the program? What jokes do they like based on previous weeks? What jokes are the other competitors telling? If they’re going on before you, try not to repeat similar jokes/ topics.


8. Can you joke about uplifting topics like unity and gratefulness?

Personally, I don’t think so. Comedy usually needs a victim. As a child, I liked the clown act at the circus. But notice that usually only bad things happen to the clown. He slips on a banana peel and falls down, gets hit by other clowns, etc… We laugh but the clown is actually a victim. However, we laugh because it is benign – we know the clown is not really hurt (hopefully). If let’s say the clown goes on stage, EATS a banana and says HELLO to other clowns, IT IS NOT FUNNY. I won’t laugh. I’d feel like killing the clown and burning down the circus (joking only). I hope you see my point. Topics like unity and gratefulness and the like are good for motivational talks and campaign speeches. Not so useful for comedy. For example: “I’m so grateful for my wife. She is beautiful and smart. I’m so happy.” (AUDIENCE: WTF??!!!) Contrast this with: “Oh my god…my wife can sometimes be really stupid”. (Current VICTIM – wife). “I mean, look who she married!” (Actual VICTIM – me). The point is, there needs to be a VICTIM. So uplifting topics are generally lousy comedy material.


9. I am very interested in stand-up comedy. How and where do I start?

First, I would highly recommend WATCHING as much stand-up comedy as you can. Be it on the internet, TV, open mic nights or even live comedy specials. Watch, enjoy, appreciate, understand, analyze and evaluate. After that, WRITE out a 3 minute set. How do you know it’s 3 minutes? Read it and time yourself. And when I say WRITE, it obviously also includes TYPING it out on the phone or computer. I must stress here that at this stage, you are not experienced enough to just go on stage with a vague idea of what you want to say. That is risky (and quite arrogant, if I may add) and I do not recommend it at all. You may have related a funny anecdote or observation to your friends and/or family a few days ago and they may have found it really funny. But doing it on stage to a bunch of strangers who EXPECT YOU TO BE FUNNY is totally different. If you write your set down, you can at least know for certain where the joke attempts are. If they are few and far between, add more. That way, you limit the risk of going on stage and fumbling your way to a half baked joke.